African honey bees, Apis mellifera scutellata, were imported into Brazil in 1957. The purpose was to introduce genetic material from the tropically adapted African bees into the resident European bees, thereby creating a bee better suited for a tropical environment. During that time, several African queen bees were released accidentally. Their descendants quickly established a large feral population, which had not existed in South America previously. The success of the African honey bee as compared to that of the European bee demonstrates superior adaptation to the tropical environment. Over the next four decades, the wild African honey bee population expanded into most of the tropical and subtropical parts of the Americas. African bees entered south Texas in the early 1990s and since have disbursed throughout several southwestern states. The first documentation of African bees in the state of Florida came in 2001 near the Port of Tampa. By 2003 African bees had established colonies in and around the Tampa area and since have spread throughout the state, hybridizing with local European honey bee populations. The African honey bee defends its nest far more intensely than does the European honey bee. The African honey bee responds quickly to disturbances by people or animals, sometimes in excess of 50 feet from the nest. African honey bees can chase a human or animal up to a mile or more. Their defensive behavior is an evolutionary response to their many biological competitors, including honey badgers, bee eaters, and even humans, in their native range.

If you have reason to believe you may have an issue with bee's no matter the variety, please feel free to give us a call. Our expert technician will assess your situation as soon as possible.

There are two different kinds of bees in Arizona you might come in to contact with. First is the Honeybee, Apis mellifera. Honeybee's are not native to the United States, they are European in origan, and were brought to North America by early settlers. The Honeybee by nature is not aggressive, and will not sting unless protecting their hive from an intruder or are unduly provoked. Our agriculture depends greatly on the honeybee for pollination. Honeybees account for 80% of all insect pollination. Without such pollination, we would see a significant decrease in the yield of fruits and vegetables. The honeybee hive is perennial. Although quite inactive during the winter, the honeybee survives the winter months by clustering for warmth. Regardless of the outside temperature, the bees will maintain 93 degrees Fahrenheit during winter months all by self-regulating the internal temperatire of the cluster. 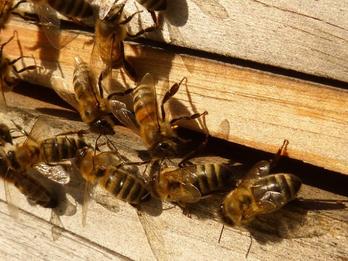 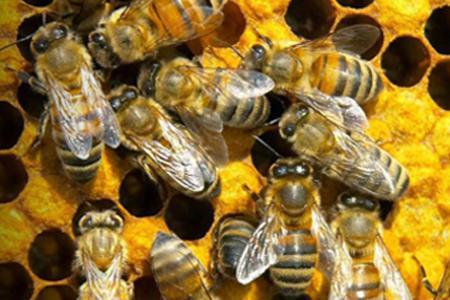 Do you have Bee's?