All mosquitoes require water to breed. Some species can breed in puddles left after a rainstorm. First thing to remember is to get rid of any and all stagnant water. If you have questions or concerns regarding Mosquitos please feel free to call us Mon-Fri 8-5. 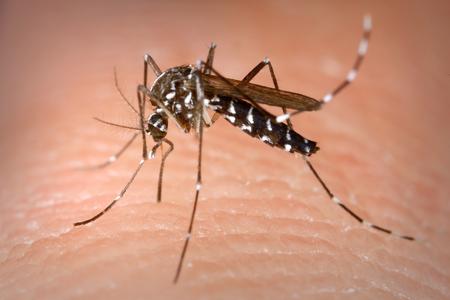 Do you have a Mosquito problem?

Mosquitoes are small, midge-like flies which comprise the family Culicidae. Females of most species are ectoparasites, whose tube-like mouthparts (called a proboscis) pierce the hosts' skin to consume blood.  Thousands of species feed on the blood of various kinds of hosts, mainly vertebrates, including mammals, birds, reptiles, amphibians, and even some kinds of fish.  Though the loss of blood is seldom of any importance to the victim, the saliva of the mosquito often causes an irritating rash that is a serious nuisance. Much more serious though, are the roles of many species of mosquitoes as vectors of diseases. In passing from host to host, some transmit extremely harmful infections such as malaria, yellow fever, west Nile virus,dengue fever, filariasis, and other arboviruses, rendering it the deadliest animal family in the world. The oldest known mosquito with an anatomy similar to modern species was found in 79-million-year-old Canadian amber from the Cretaceous. Like all flies, mosquitoes go through four stages in their lifecycles: egg, larva, pupa, and adult or imago. In most species, adult females lay their eggs in stagnant water; some lay eggs near the water's edge; others attach their eggs to aquatic plants. Eggs hatch to become larvae, which grow until they are able to change into pupae. The adult mosquito emerges from the mature pupa as it floats at the water surface. Bloodsucking mosquitoes, depending on species, sex, and weather conditions, have potential adult lifespans ranging from as short as a week to as long as several months.