Termites are among the most successful groups of insects on Earth, colonizing most landmasses except for Antarctica. Their colonies range in size from a couple of hundred individuals to enormous societies with several million individuals. Termite queens have the longest lifespan of any insect in the world, with some queens living up to 50 years. Unlike ants, which undergo a complete metamorphosis, each individual termite goes through an incomplete metamorphosis that proceeds through egg, nymph and adult stages. Colonies are described as superorganisms because the termites form part of a self-regulating entity: the colony itself. Most worker and soldier termites are completely blind and do not have a pair of eyes.

Termite antennae have a number of functions such as the sensing of touch, taste, odors (including pheromones), heat and vibration. 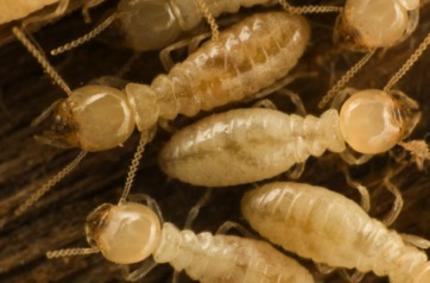